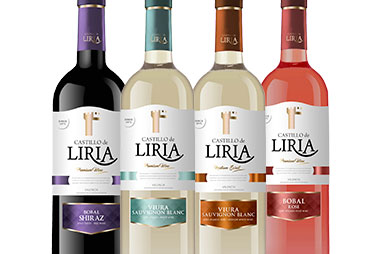 The evolution of the wine bottle since 1971

In 1971 Spain was going through times of change. Spain started to open up to the rest of the world, the Seat 124 Sport triumphed, “Un mundo nuevo” by Carina came second in the Eurovision Song Contest, Julio Iglesias and Isabel Presley were married in a wedding that flooded the pages of the magazines of the time and the song of the Summer was “Help” by Tony Ronald.

The wine that was consumed was bought in bulk, directly from traditional shops, which were popularly known as “bodegas”. It was typical for people to take the carafe from their house and fill it up, creating mixtures of several types of wine, according to the tastes of each individual.

In light of this situation, Bodegas Vicente Gandía decided to bottle its Castillo de Liria wine. It was the first wine bottled in Valencia. Another example of the innovative vocation and the pioneering nature of this company.

The beginnings were not easy. At that time it may have been considered irresponsible to try to sell Valencian wine in a bottle. The standard of living was very low and it was almost unthinkable that a bottled Valencian wine would be successful. The few bottles that were on the market were from Rioja.

Given the context of that time we can understand the boldness of a young José María Gandía (grandson of the founder of this winery) who took some sample bottles and went to visit the head of one of the few supermarket chains that existed in Valencia back then. This is what he said in an interview for the newspaper “Las Provincias”:

It was so strange to sell bottled wine that I remember that the manager of the Superette chain, which later took over the supermarket Mercadona, I think it was Mr Vela, that I went to offer him the Castle of Liria he told me “xiquet, jo crec que tindries que dedicarte a vendre llavaores” (Young man, I think you should concentrate on selling washing machines). However, very soon they started selling a lot and became our first customer, because the population was beginning to make the social leap to better living conditions, and the small bottling line, which was manual, was too small for us. We thought that we would never reach 3,000 boxes a month and to surpass it we thought it was fantastic.

These 3000 boxes laid the groundwork for Castillo de Liria to be one of the most exported wine brands to the rest of the world.

Since then Spain and the Spanish have changed a lot and Castillo de Liria has changed with them, accompanying the table of thousands and thousands of Spaniards, evolving its appearance without changing its philosophy, to offer the best value for money.

That’s how it was and that’s how the Castillo de Liria wine bottle is, the first wine bottled in Valencia.

Yes, evolution is part of our life and Castillo de Liria has been renovated to bring to your table the quality of Valencia wine, and always at the best price.

Prev previousWhy does the vine weep, if its fruit is full of joy?
nextGeneración 1 Vicente Gandía made from the bestNext