In our Hoya de Cadenas and Casa Gallur estates, each year of its life, a vine records different phases that follow each other in a constant order and that, together, constitute the vine’s vegetative cycle. In a previous post we have already talked about the phase called “Crying” and in this post we are going to advance a few more phases, specifically we are talking about “budding” and “flowering”

The activity of the root is the first to occur and later the rest of the plant is activated. The process begins by mobilizing its reserves in the form of sap produced towards the tips of the buds. However, not all the buds sprout at the same time. The first to sprout are the last of the thumbs and non-arched stems of the plant, called front ones. This phenomenon is called “acrotony”, and it is understood as a survival mechanism of the vine, in order to spread as much as possible.

The sprouting of the buds is due to the multiplication and cellular thickening of their meristems. In principle, at low temperatures, cell activity is weak, but once the temperature rises, and with cumulative daily actions, swelling and opening of the scales occur.

This phenomenon occurs until reaching the threshold of apparent growth with average daily temperatures of 10ºC, also called “zero vegetative”. It is the moment of the appearance of the lint and subsequent development of the green tip.

These are the different phenological stages of budding: 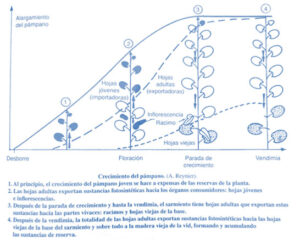 The next phase in the vegetative cycle of the vine is the “flowering and fertilization” framed in the growth phase of the plant. It is when we begin to know the vitality and all the potential of the vine.

The inflorescences, which we could define as the stems of the plant that are going to have the flowers, appear a few days after the budding of the buds begins.

At first, they do so by showing a small green or red mass (depending on the variety). Later, when the first leaves spread to 4 or 5, the inflorescences are already more visible (phase F). Once this phase is over, the separate inflorescences appear (phase G).

Later, these inflorescences will develop and will be the embryos of future flowers, which develop from a point on the stem. This phase is called the “flower bud stage” (H phase). Finally comes the moment of flowering (phase I).

At the end of spring or beginning of summer, flowering arrives at our Hoya de Cadenas and Casa Gallur estates, which is when the average daily temperatures exceed 15ºC or 16ºC. It is at this time that the corolla regularly opens from its insertion with the calyx, causing the stamens and pistils to mature.

When the corolla falls off, the pollen sacs of the stamens open immediately and a cloud of pollen envelops the inflorescence, followed by the deposition of pollen granules on the rough surface of the stigma. Thanks to the sugary substance that the stigma secretes, the pollen tubes germinate. These pollen tubes elongate and descend through the cervix to the ovarian cavity, where they fertilize the ovules.

The fertilized ovules will grow to become the seeds or pips that will stimulate the development of the ovary to form the grain of the grape or berry.

The development of the inflorescences, which will later give rise to the fruits of the vine, or rather to the berries of the cluster, is called “curdling”. The fruit set rate is the number of berries remaining in the clusters in relation to the number of inflorescences from which they came. This percentage usually ranges between 60% and 80%. These losses or shrinkage are classified into the following types:

It is an important moment for the development of our vineyards and there are many factors that influence its evolution. In the viticulture of Vicente Gandía we try to control and measure the development of the vines so that in a few months, we have the best possible grapes with which to make our most valued wines. 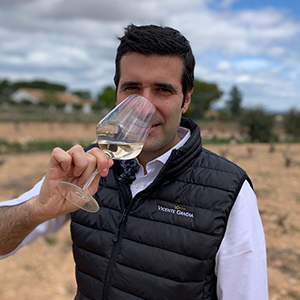 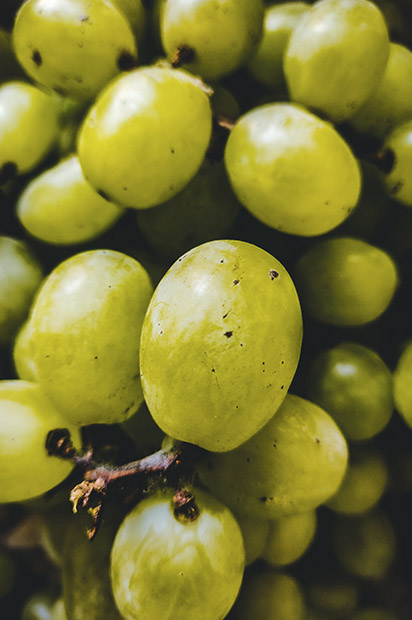 The Moscatel de Alejandría variety is one of the oldest known varieties, and etymologically, it is thought that it may have its origin in Egypt 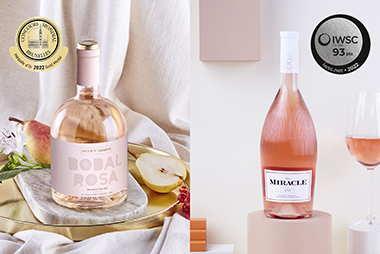