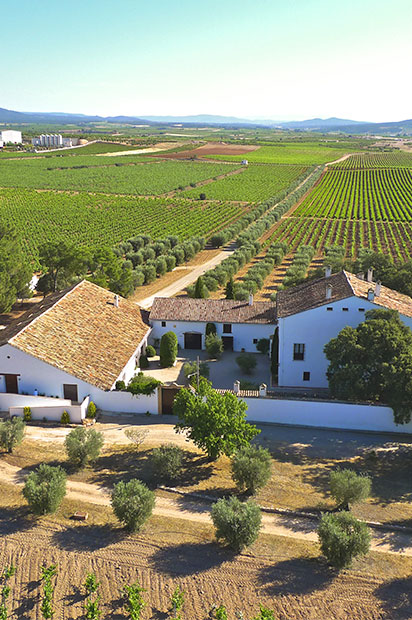 Hoya de Cadenas has real origins that date back to the seventeenth century.

In this era, Spain was a country in crisis. The monarchy was in a delicate situation since it did not have any financial resources, exhausted after the Thirty Years’ War and the battle with the French, having to support of their constant war campaigns.

In an effort to raise funds and gather support among the nobility, King Philip IV went on a tour of the different regions of Spain. This is how in 1645 the King decided to visit Valencia where he convened a session of the Parliamentary Courts in the convent of Santo Domingo.

After passing through Valencia and having fulfilled his mission, the King undertook his return journey to Madrid, accompanied by his court, he stopped for a couple of days in Utiel. The Fernandez de Córdova family, belonging to the nobility, offered hospitality to the King and his son, Prince Baltasar Carlos (who was 16 years old and travelling with him), as was the custom in this family, since they had done this on other occasions with predecessors of the monarch.

Before continuing their trip, the royal court met with the locals in the parish church of Santa Maria, and at the end of the service King Philip IV granted the title of “city” to the population of Utiel, he did this orally, with the phrase “come with us to the city”. This is how Utiel got its title, long before other flourishing locations.

The generosity of the King also extended to his noble hosts, the Fernandez de Cordova family, in whose ancestral home he had stayed. This was designated the “Right of Asylum”, which was rarely given in civilian buildings, it being almost always granted to military and religious stays. This privilege granted a right to the building in question where a fugitive could benefit from the security of the location, in exchange for working in it. This right was above the justice of men, since it was in service of the justice of God.

To mark this privilege, the front of the house was adorned with heavy chains and was soon known as the House of Chains.

With the passage of time, this name was extended to all possessions of the Fernandez Córdova family. This is how the estate, which belonged to this family, acquired the name “Casa de las Cadenas” (House of Chains), and the valley where it is located began to be known as the valley of the chains or the “Hoya de Cadenas”.

If you want to know more about Hoya de Cadenas Estate, come and visit it.

We are living in a time of particular uncertainty and volatility, with a global situation that has repercussions in numerous areas such as the economy,