The History of the Vicente Gandia Winery

Our bodega is over a hundred years old – winegrowers since 1885 – and now decidedly Mediterranean in character. In our beginnings we were exclusively engaged in the production and commercialisation/distribution of our wines, which even then had something special.

At that time, our method of ageing and treating the wine for transport set us apart from other wineries. Our barrels came from a small forest in Missouri. The drying of the wood, the toasting of the barrels and their storage were especially meticulous so the wine could be kept in perfect condition in transit, which is what won over our customers. 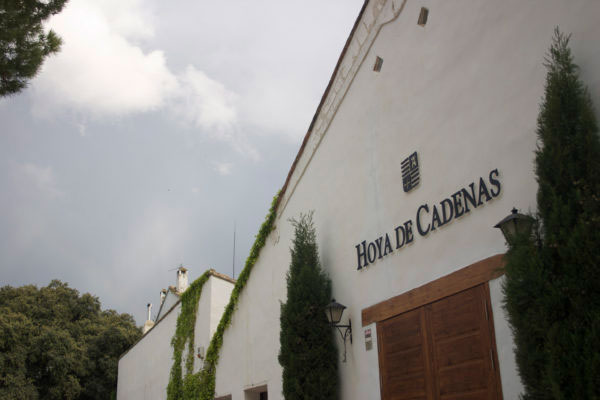 Due to the innovative spirit that has always characterised our winery, and after many years in the sector in wine export, we wanted to take one step further: in 1971 we were the first Valencian winery to market bottled wine under our brand Castillo de Liria, which nearly fifty years later is still one of our iconic brands.

Our growth continued, so in 1990 the Gandía family decided to invest in the Hoya de Cadenas Estate. A wine-maker’s paradise located in Las Cuevas de Utiel, this idyllic spot has the perfect characteristics for yielding the finest grapes and thus we were able to produce excellent wines on the same estate. This meant a quantum leap in the quality of our wines and since then the search for excellence has been our winery’s hallmark.

The estate gives its name to our range of Hoya de Cadenas wines, which are now marketed in over sixty countries.

The winery is currently run by the 4th generation of the Gandía family. We remain faithful to our founding values and contribute to the progress and prosperity of the business by focusing on quality and innovation, without forgetting our wine-making tradition that has been passed on to us. 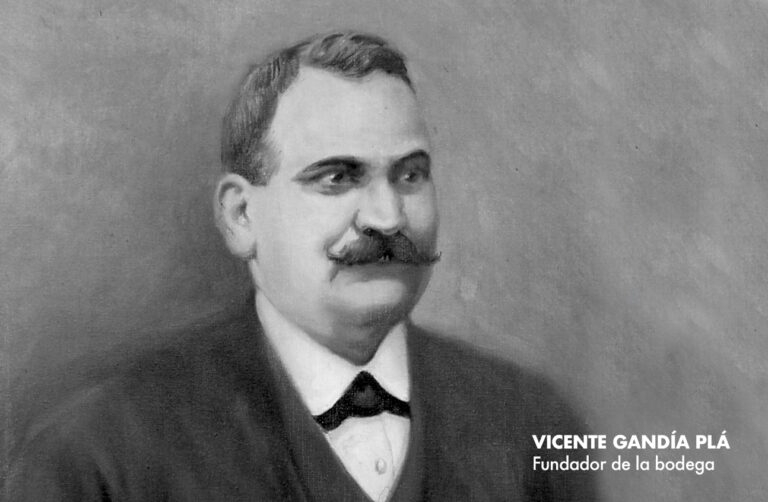 The Mediterranean approach permeates our philosophy of wine-making and spreading our wine culture all over the world is key to our identity.

We produce wines from different Designations of Origin through sustainable cultivation, and we create modern and elegant vintages in addition to protecting and developing native varieties.  We have the most modern and advanced technology that allows us to produce wine using traditional methods with the utmost assurances, contributing to energy saving and caring for the environment.

Vicente Gandía has constantly evolved, ever since its beginnings, and labels such as Castillo de Liria, El Miracle, Hoya de Cadenas, Ceremonia and Sandara are just a few examples of the company’s constant commitment to the brand and innovation.

The triumph of Bodegas Gandía

Today, we can be found in 90 countries on 5 continents, and we are the largest winery in the Valencian Community. In addition, in 2014 we won the award for the best Spanish winery in the prestigious international competition AWC Vienna. That same year, the World Association of Writers and Journalists of Wines and Spirits included us in their ranking of the top 50 wineries in the world. In 2018, the European Congress of Enogastronomic Brotherhoods (CEUCO) awarded the “Aurum Europa Excellente” Prize to Vicente Gandía as “Best European Winery”. 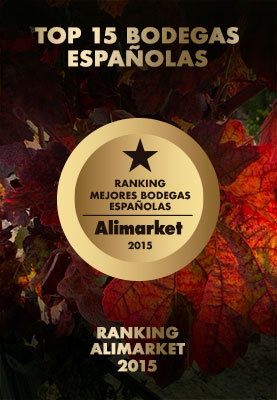 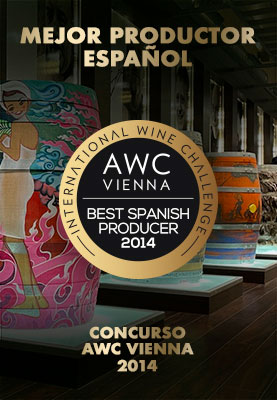 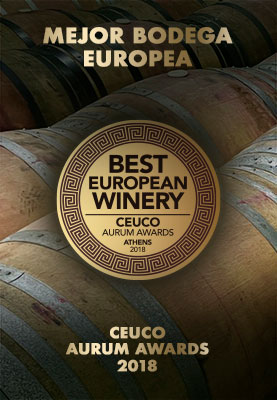 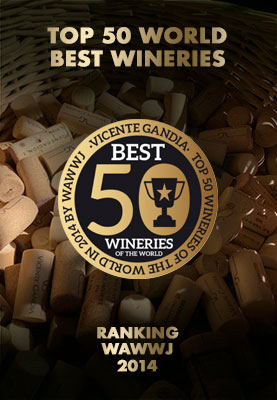 All this experience allows us to tell many a tale, such as one about Michael Schumacher, the seven-time Formula 1 champion, who fell in love with our Fusta Nova Moscatel. During the winter he used to come to prepare for the Formula 1 season at the Cheste circuit, where he did his training.

After one of these trials, having a meal in one of the local restaurants, he had the opportunity to enjoy our Fusta Nova and he was so impressed that he asked the winery to ship 12 boxes directly to his home in Germany.

A story in celluloid

You may not know or you may not have heard, but our Hoya de Cadenas wines appear in a scene in the film “Mystic River”, an American production directed by Clint Eastwood and nominated for Best Film at the 2003 Oscars. Sean Penn, the main character, is the owner of a Boston off-licence and in one scene the wines of the Hoya de Cadenas estate appear among his range of wines.

In addition, our Sandara range also had a small role in the film “Girl Gets Girl”, where the main characters throw a wonderful party and this wine is the drink that features in it. 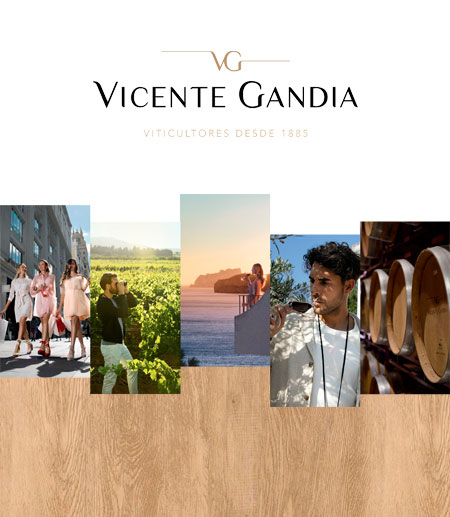 We have also participated in charity projects such as WIT “Whatever it Takes”, a campaign in which more than 700 celebrities from all walks of life took part and donated a self-portrait, drawn by themselves, with a message of hope. The winery participated in this project by making limited edition wines with the image of several celebrities, donating part of the proceeds to support charity projects in third world countries. For Bodegas Vicente Gandía, it was a privilege to have such world-famous figures as the late David Bowie, George Clooney, Penélope Cruz, Pierce Brosnan, Coldplay, Charlize Theron, Jackie Chan and Daniel Craig on board for this project.

At Vicente Gandía we are firmly committed to protecting the environment and we work to ensure that our wines are the result of sustainable actions in all aspects of their life cycle. To this end, we implement good environmental practices and mechanisms that ensure appropriate control over the use of natural resources, ancillary materials and power sources involved in all the processes of developing, making and bottling wine and sparkling wine.

We are certified in the international standard ISO 14001 whose purpose is to provide organizations with a reference framework to protect the environment and respond to changing environmental conditions.

Among the main commitments aimed at the mitigation and control of significant environmental aspects, is:

Vicente Gandía is committed to promoting a CSR model that involves an active commitment to the social, economic and environmental betterment of society and the welfare of the most disadvantaged social sectors. At the same time, it defends the moderate and responsible consumption of wine, prioritising the communication and promotion of its health benefits and cultural aspects.

Every year Vicente Gandía obtains the highest rating in BRC and IFS standards, which are the most widely recognised and prestigious of their kind in the food industry worldwide. In terms of logistics, it is one of the few companies in the world to achieve AEO certification as an Authorized Economic Operator, which guarantees compliance with strict safety standards, legal regulations and economic reliability.